Inicio » Blockchain » Bitcoin as a legal currency, is it possible?

Bitcoin as a legal currency, is it possible?

Table of Contents
Do you need a digital consultant?

Last year El Salvador became the first country in the world to introduce bitcoin as a legal currency. However, in a country where approximately 70% of the working population does not have a bank account, the news was not well received by all. To achieve its goal, the government represented by Nayib Bukele created “chivo”, a digital wallet where citizens could convert their bitcoins to cash immediately and free of commissions.

In addition, it would make it easier for businesses to receive payments with cryptocurrencies and the placement of 200 ATMs where citizens could withdraw only 10 and 20 dollar bills without any commission.

To encourage the use of these ATMs and the acquisition of bitcoin among the population, the government provided the equivalent of a $30 check to all citizens of the country.The result? For weeks, the queues for cash withdrawals were endless. However, we must leave it to our imagination whether the implementation of bitcoin was truly a success in El Salvador or whether the citizens simply wanted that $30 as soon as possible.

What do the experts think?

The IMF has already warned Bukele that his experiment could be very expensive and that those who would end up paying the consequences of his experiment would be the citizens of El Salvador.

To solve the economic problems that have plagued the country for several years, El Salvador began talks with the IMF to secure a loan of $1.3 billion in early 2021. It is now one year later that the IMF rectifies and announces that, if El Salvador does not withdraw bitcoin as legal tender, there will be no loan.

Would bitcoin as legal tender be possible?

Like Bukele, there are many who believe that bitcoin could be the perfect economic solution in countries where inflation reduces the value of their currency every day. Bukele is not the only one to propose bitcoin in certain countries in Africa or Latin America to combat the struggling economy. However, one of the main characteristics of bitcoin is its high volatility.

If we analyze the case of El Salvador, Buekele bought 400 bitcoins when it was trading at around $50,000. However, despite the initial growth, the price of Bitcoin has fluctuated a lot in recent months, so the Latin American country has lost around $20 million as of today.

The chief economist of UBS Global Wealth Management, Paul Donovan, has commented that El Salvador could experience the so-called Greshman’s Law if it does not cancel on its decision.

This principle is based on the theory that if two types of legal currencies circulate simultaneously in the same country, one of them will be considered the “good currency” and the other the “bad currency” by the public. In this way, the less appreciated currency would end up displacing the one that really has more value.

What if Bukele’s plan to make El Salvador the first country in the world to adopt bitcoin as a legal currency works?

But could it be possible that all the experts were wrong and El Salvador would become the first country in the world to save its economy thanks to bitcoin?

Advocates of bitcoin on the social network Reddit claim that El Salvador’s decision could be very beneficial both for the cryptocurrency and for the country itself. According to them, if the citizens of El Salvador understood how valuable bitcoin can be, they would end up acquiring it in-mass and making it disappear from circulation, benefiting the country’s economy and giving it the market value it really has. This way, bitcoin would become a true source of value, bringing profitability to all those who acquired bitcoins in El Salvador.

Bitcoin, a plan for the future.

If we rely on the opinions of experts, perhaps converting bitcoin into legal tender is not the best thing for an entire country’s economy. In fact, it is true that investing in cryptocurrencies can bring a lot of profitability at a personal level, but only if it is done responsibly. There are many people who have become rich thanks to the purchase and sale of these digital currencies. However, what nobody seems to explain are the legal responsibilities behind this type of business.

At Cronuts.digital we have been helping people like you for many years to do things right if they want to or have invested in cryptocurrencies. We have experts who can help you understand how to handle the taxation in your tax return, how to make a cryptocurrency transfer, how to manage your investment, etc.

What should I do now?
If you have more questions and want to know how we work, contact us and one of our consultants will contact you for advice. For further information on this and many other topics you can check out other articles in our blog where you will find references on this, and many more topics. If you liked this article, you can share it on LinkedIn, Facebook or Twitter by clicking on the icons below. I’m sure you have acquaintances who will like it as much as you do. 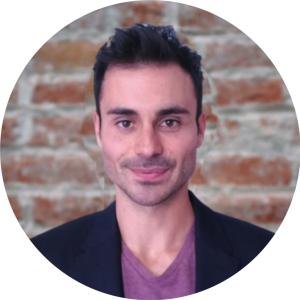 Specialist in growing digital channels through the formulation of hypotheses, testing, implementation of improvements and iteration.

Enter your email and receive a welcome pack with our best items.

PrevPreviousThe best NFT games to earn cryptocurrency
NextHow to create and sell an NFT in OpenSea?Next

How to advertise on the Web3

What is Metaverse as a Service (MaaS)?

What does digital transformation in the education sector consist of?

How to invest in the Metaverse?

Are you thinking of optimizing any part of your digital strategy?

Do you need a digital partner? Subscribe to our blog and learn about the latest digital trends.