Table of Contents
Do you need a digital consultant?

More and more gamers are earning money thanks to NFT and Play to Earn games. Would you also like to start earning cryptocurrencies by playing online games? Keep reading because in this article we tell you how to do it and which are the best games to monetize.

Have you heard about games that make you earn money? Lately, everybody has been talking about NFT games and if you got this far it’s because you’ve heard of them. But… is it true what they say? On different social networks and the internet space we hear that many people are earning a lot of money with them and we understand that this seems tempting. But is it worth it? In the last few years, a new type of game started to grow which is called NFT game or Play to Earn. These games are associated with cryptocurrencies and digital assets, NFTs.

Below we explain the basics of these games and tell you which and why they are the best games that have made many players around the world millionaires.

Let’s define some basic concepts before we dive into the games themselves. As you probably know, a cryptocurrency is a digital commodity. They are called currency because they are used to buy and sell things, but we should think of it as a commodity, just as gold is. The first cryptocurrency we have known about was the Bitcoin, but since then there are thousands of them. They are generated by an algorithm through mathematical calculations, which is called mining cryptocurrency.

Cryptocurrency transactions are managed through a chain of blocks or blockchain: a sequence of data linked to each other and encrypted where the token or mining of each coin is recorded. The blockchain is managed by thousands of computers and 51% of them must approve it to generate any operation, so cryptocurrencies are impossible to hack.

What is an NFT? An NFT is a file containing an image, a document or any digital element which is associated with a unique within the blockchain. Because it cannot be copied or hacked, an NFT can have as much value as a work of art in the physical world.

In NFT games, some of the parts of their systems contain NFT files, which allows users to monetize. Assets are usually characters, but they can also be goods, weapons, houses or objects. These NFTs are purchased with money and become unique within the game (as explained above, they cannot be copied or counterfeited).

Within NFT games, you don’t buy the objects with real money but with their own cryptocurrency. If the game is very popular and many people buy it, buying in-game NFTs will raise your cryptocurrency. Similarly, if everyone stopped playing the game, the cryptocurrencies in that particular game would become worthless.

In short, in NFT games you can earn in-game cryptocurrencies, which can be exchanged for real money afterwards. Likewise, you can sell your in-game items, so it is about playing to earn real money. This also has its downside, since you can lose everything you have invested.

Now that you know how they work, let’s see which are the best ranked games and their features:

This free game from Dacoco GmbH on the Wax and Ethereum networks has players exploring different worlds and participating in missions to mine Trillium tokens (TLM). This is the most popular NFT game today, but it has been detected that its interface can be slow for some users.

It has almost 800,000 active users and is the second most popular game today. Here you fight battles with creatures and earn rewards in SLP tokens. You can also sell creatures through its MarketPlace. This game was created by Sky Mavis and has a governance system where users can vote on the project. Axie Infinity has already made more than one billion dollars in sales.

Born on the Hive and WAX networks, this is a collectible card game where each user must organize their deck, fight battles and win their opponents’ decks. Rewards are earned daily in DEC and SPS tokens, depending on how much time you spend playing the game. You can also sell collectible cards that have different levels of specificity and some go for as much as 7 thousand dollars.

Developed at Polygon and considered the fourth game in the Play to Earn industry, Arc8 is a mobile game that provides unique experiences and has the most intuitive interface. The native cryptocurrency is GMEE and players can earn it by participating in e-sports tournaments with their competitors. There is a wide variety of games to compete in.

Looking to the future

Everything seems to indicate that games that integrate cryptocurrencies within their gameplay and offer the possibility of earning money in their own digital economies will continue to grow over the next few years.

However, it is important to clarify that some experts warn that these games may cause addiction and exploitation problems, just like gambling games. This opens the door to labor exploitation or underpaid labor contracts. NFT games can also be a magnet for scams, since it is something new that not everyone knows about.

Even with these negative aspects, we are facing digital assets that are very easy to trade and make money, so their lucrative nature will move the balance sooner or later (and, probably, soon they will be more regulated).

Until that happens, it is important to always count on cryptocurrency consulting like the one we offer at Cronuts Digital, or look for more material in our blog where we give you relevant information on this and other similar topics.

You already know all the potential that NFT games have to earn cryptocurrencies. Are you ready to start earning money while playing?

What should I do now?
If you have more questions and want to know how we work, contact us and one of our consultants will contact you for advice. For further information on this and many other topics you can check out other articles in our blog where you will find references on this, and many more topics. If you liked this article, you can share it on LinkedIn, Facebook or Twitter by clicking on the icons below. I’m sure you have acquaintances who will like it as much as you do. 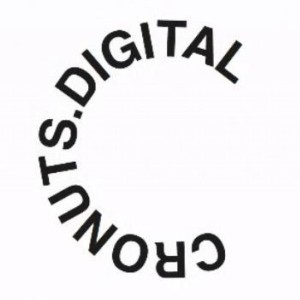 Enter your email and receive a welcome pack with our best items.

PrevPreviousStart segmenting your customers with this Free template
NextBitcoin as a legal currency, is it possible?Next

How to advertise on the Web3

What is Metaverse as a Service (MaaS)?

What does digital transformation in the education sector consist of?

How to invest in the Metaverse?

Are you thinking of optimizing any part of your digital strategy?

Do you need a digital partner?

Subscribe to our blog and learn about the latest digital trends.